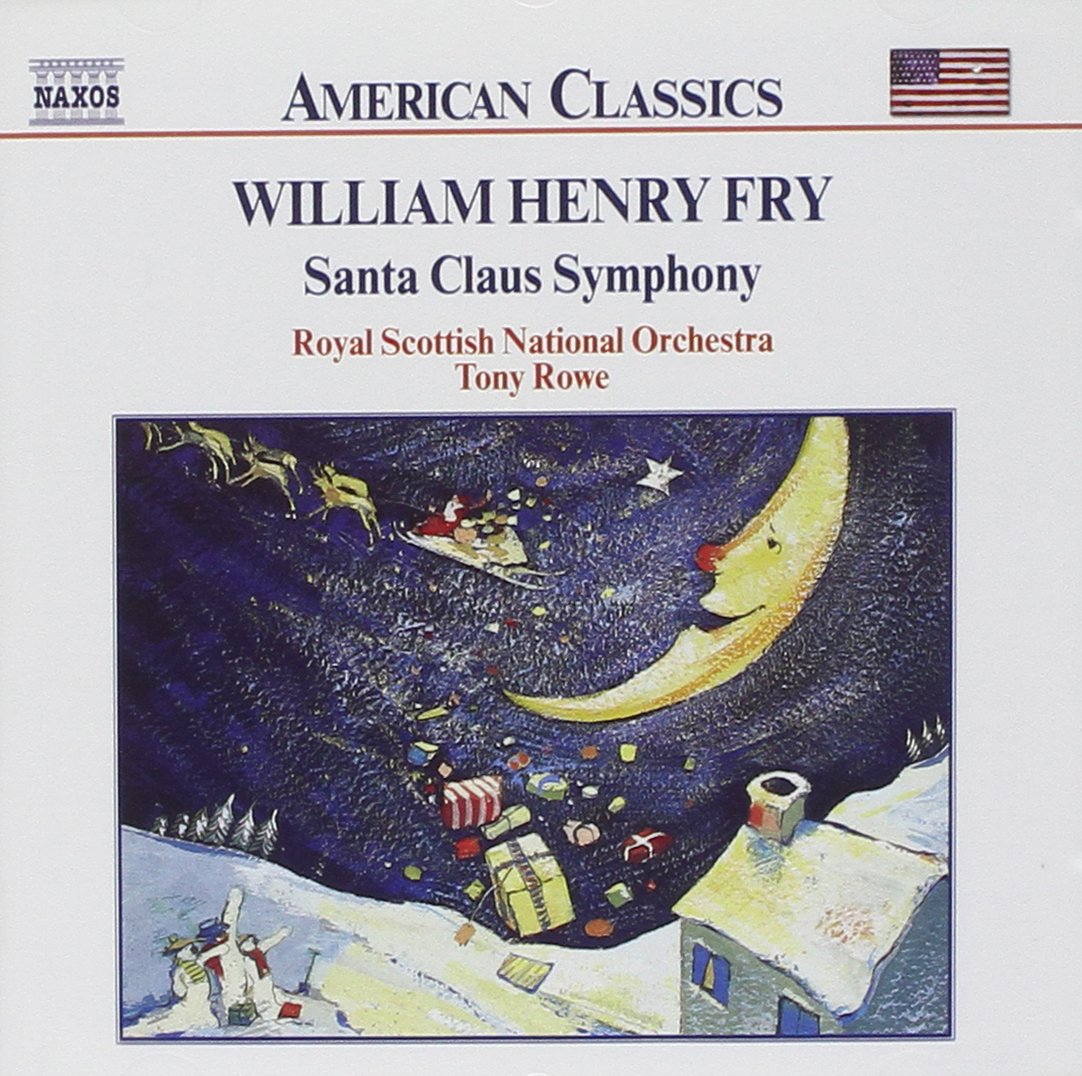 Brand : Fry
from USA
to Philippines
in 5-8 days
At your doorstep by Aug 02  to Aug 05 with standard delivery

Product description ------------------- No description available. Genre: Christmas Music Rating: Release Date: 0000-00-00 Media Type: Compact Disk Review ------ The name of William Henry Fry (1813-64) appears as a a brief footnote in the annals of American music  the first native-born American to write for large symphonic forces, the first to write a grand opera (Leonora, 1845, reportedly a flabby imitation of Bellini), the first American music critic for a major newspaper, and the first (vociferous) champion of native American music. Surely such a figure should at the very least command some interest. This release is the first opportunity anyone has ever had of hearing his music on disc, ipso facto a valuable exercise for which Naxos should be heartily congratulated. But the music and the playing make it much more than a mere archaeological dig. Fry emerges as kind of symphonic Gottschalk, with little reliance on counterpoint or interest in formal Classical structures, but with a colourful awareness of the orchestra and its dramatic potential. The results may not be profound or visionary, but they are expertly and imaginatively scored, endearing, and even moving at times. The Santa Claus Symphony (more accurately, an orchestral fantasy), lasting over 26 minutes, is an unbroken sequence of musical tableaux. It depicts the announcement of the Saviour's birth, a Christmas Eve party, the sleep that follows (with Rock-a-bye-baby on the soprano saxophone  the first use of the instrument in a symphonic setting), a snow storm with a rare solo for the double-bass and some demanding passages for the strings and woodwind, the joyful arrival of Santa, and then the familiar strains of Adeste fideles, the tune which concludes the work in a hymn of praise.The Macbeth Overture (1864) is a surprisingly good-natured affair, its attractive principal theme dangerously close to a Moody & Sankey hymn tune. There is little hint of the supernatural, of Shakespeare's evil protagonists or the play's dark overtones. Niagara, composed in 1854 for one of P. T. Barnum's Monster Concerts, provides the most striking musical mimicry of a colossal waterfall I have ever heard, realized by 11 thunderous timpani and much energetic scale passagework from the strings and woodwind sections  an engaging piece of extravagant kitsch. The Breaking Heart is the orchestral equivalent of Gottschalk's The Last Hope, a sentimental melodrama with some lovely writing for the solo flute. Here, as elsewhere, Tony Rowe is in firm control of proceedings, while allowing the expressive RSNO to play the music for all it is worth, giving every impression of having a thoroughly good time. Some will doubtless dismiss Fry as too jejune and frivolous for words. I can only say that I enjoyed it all hugely  and if the disc doesn't provoke concert performances of the Santa Claus and Niagara Symphonies during this year's seasonal festivities, then Father Christmas simply doesn't exist. Jeremy Nicholas -- From International Record Review - subscribe now ( http://www.recordreview.co.uk/_subscribe_main.html )
Show More
Reviews